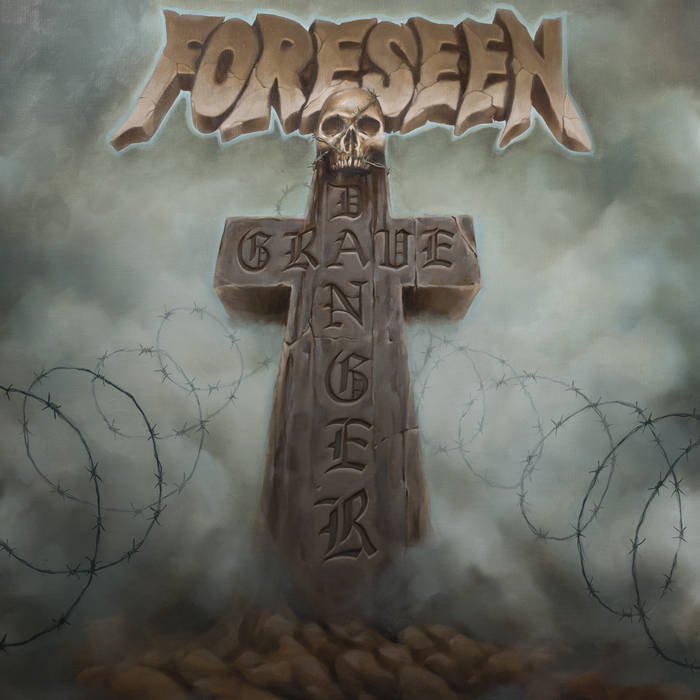 Andrew Lovell In my opinion THE best new wave thrash band are back with another fucking belter.

Returning a few years and a few tours after their debut album ‘Helsinki Savagery’ set the world ablaze, Finland’s Foreseen are back with the topically resonant savage Crossover burst ‘Grave Danger’, their second album for 20 Buck Spin.

Continuing the direction of its predecessor, ‘Grave Danger’ delivers the punishingly relentless pace and aggression now firmly established by the iron hammer of Foreseen. Here find scraping, throat ripping vocals over lacerating Thrash dominance and possessed Hardcore breakdowns that twist seamlessly with an ever-increasing 80s Heavy Metal tenacity, exemplified on tracks like ‘Fearmonger’, ‘Bloodline’ and ‘Chemical Heritage’. And Foreseen embrace social commentary and critique throughout as heard in the lyrics to ‘Government Cuts’ and ‘Suicide Bomber’ among others.

With new albums from several of the leading Crossover bands of the current era releasing in early 2017, Foreseen are set to carry the banner for the United Forces representing Finland and Europe in a genre particularly known and grown in the U.S. Perhaps a perfect moment in time to unleash the fury of politically-minded no joke Crossover once again, 20 Buck Spin present this new European invasion into North America during this shockingly dark hour.