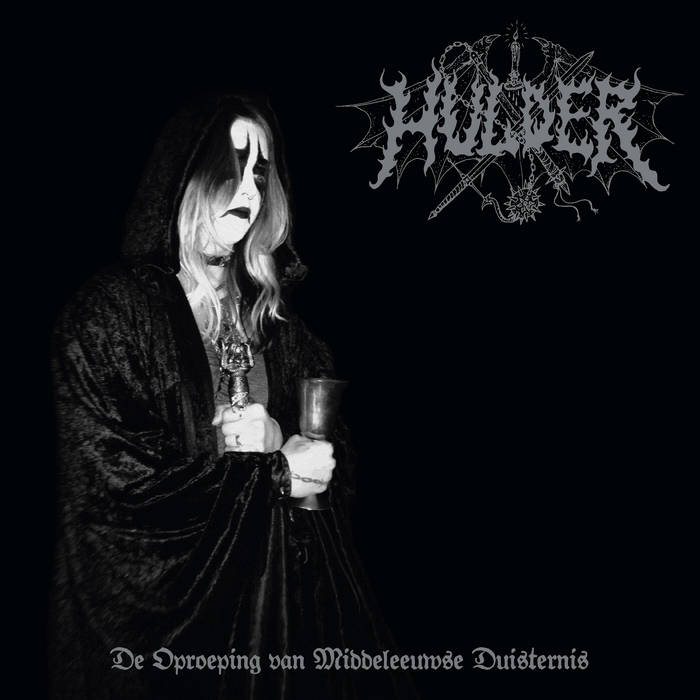 Florida John Thanks 20 Buck Spin! Finally these rare recordings are available! Black metal in all it's fiery glory!💀🤘

20 Buck Spin releasing Hulder catalog domestically for first time. Vinyl of this release will be available on 20 Buck Spin later in 2022. Individual tape reproductions are available for the two releases collected on this CD / LP.

Tracks 6-8 are the original ‘Ascending The Raven Stone’ demo tracks proper that were Hulder’s first recorded release, immediately embracing the icy traditional Black Metal style of her forbears in both the Scandinavian and French scenes of the 1990s. An already well developed sense of songwriting and atmosphere signal toward the dark future to come.

These are the earliest raw steps of the project that would before long coalesce into evolved but no less bewitching form on the Hulder debut full length.